The Vinyes Mortes I dolmen has a rectangular chamber that was accessed through a narrow passageway built with slabs smaller than the ones that form the burial chamber. The capstone is also preserved and the encircling delimitation of the mound

This kind of tomb construction was used for collective burials. At first, only important people of the community were buried here but with time it became a more common burial ritual and the number of people buried in each dolmen increased. Archaeological finds show that it was custom to bury the dead with grave goods, mostly objects from everyday life.

Isidre Macau discovered this dolmen in 1934, it was restored in 1997 and archaeological excavations recovered some ceramic fragments and a piece of flint. Thanks to these it was determined that the dolmen was in use from its construction during the third millennium BC until the Bronze Age, about a thousand years later. The ceramic pieces that were found were handmade and without any type of decoration. 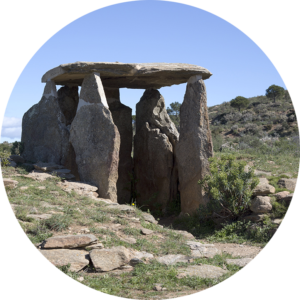 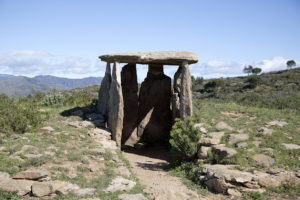 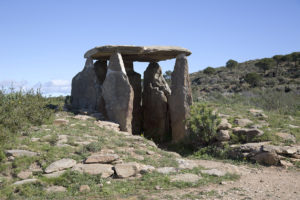 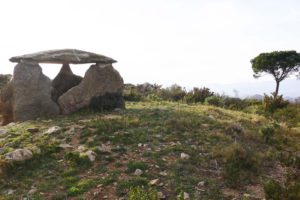 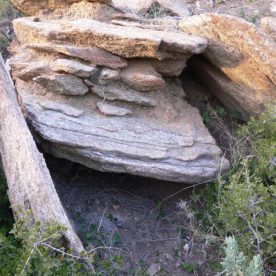 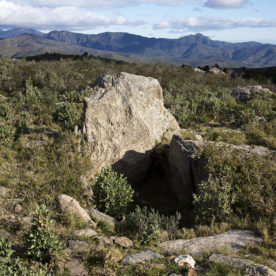 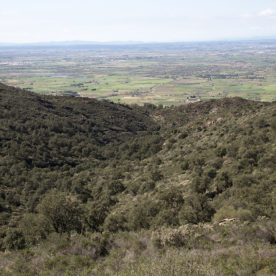 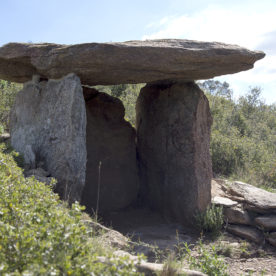 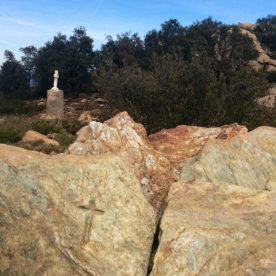 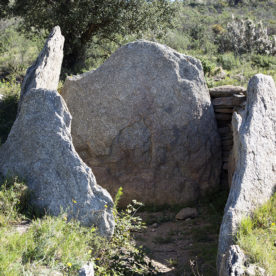